Sleep in, late breakfast at the hotel buffet and a lovely late check out so we went back to bed for a bit.

In the room I got some writing done, because being around themeparks is super inspiring for writing a themepark based romance. We checked out and left our bags with the hotel, then headed out the back to the port where we could catch a ferry to Kaiyukan Aquarium.

Kaiyukan is gigantic, and focuses on the ring of fire, highlighting wildlife from all around the Pacific. According to wikipedia the largest, central tank is nine metres deep and holds 5,400 cubic metres of water. This is a tank which holds manta rays and two whale sharks and is my favourite thing.

As we were just a short ferry ride from it, at Universal, we figured we’d knock it off quickly and have Saturday as a rest day. Save ourselves the trip out to it from town. So, here’s some pics and videos of the love of my life, whale sharks (and some other weird fish). 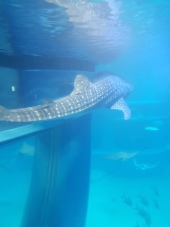 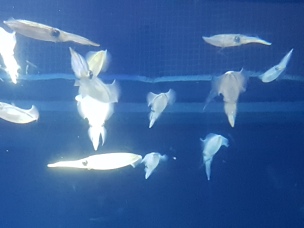 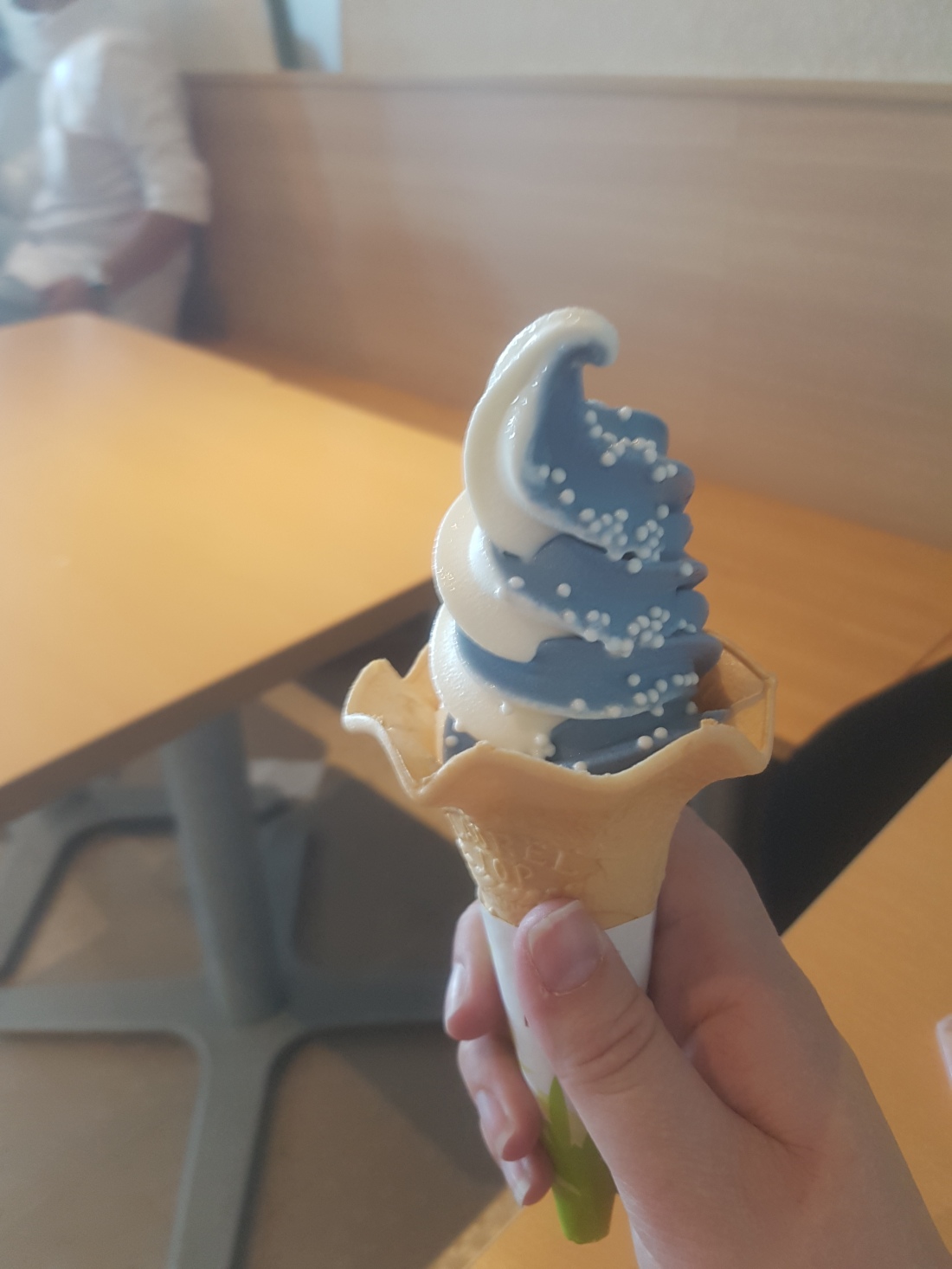 We stopped at the Mermaid cafe because we both got pretty sleepy, and I had the blended whale shark soft serve, which is half vanilla and half ramune (Japanese lemonade soda) flavour. It was really, really good. The hot dog we split wasn’t quite as nice.

On the way out there was an Antarctic exhibition and some penguins, including some babies at the ragged half fluffy mess stage, which is pretty hilarious and endearing. Anna filled up the official Kaiyukan stamp book with all the animal stamps and we exited through the gift shop. So many pretty stickers… I also got a fabric printed in whale shark stripes and spots, which I’m excited to use in patchwork somehow.

We got the ferry back to the hotel and asked one of the helpful staff to call us a taxi to get to our new hotel. Osaka’s train system is a slight nightmare, there’s at least three different rail companies and they all go different places and many have different stations. To get to our hotel in Shinsaibashi would have taken three different trains and connections.

The taxi driver seemed to understand where we wanted to go, but at the last moment he went to a different hotel in the middle of Dotonbori. It was a slight nightmare, as he was confused and we were confused, and Dotonbori is an exceptionally busy place with people all over the streets, driving their bicycles towards you and beeping if you stop in the middle of the road, which our taxi did. He even jumped out and went into a building looking for the hotel he thought we were staying at. Around then I remembered my google translate app and used it to bring up the Japanese characters for “not our hotel. Hotel Nest Shinsaibashi” and then he took us there. It seemed to be a simple misunderstanding between ‘nest’ and ‘Nishi’ but it was stressful. Still easier than three trains with our suitcases though!

We’ve been a bit spoiled by the luxury of the park hotels, which are very generous room sizes with white person sized baths and separate toilets. Although I remember Nest being pretty nice when we stayed here last year it feels small and a little grimy. The bathroom is the standard Japanese hotel ‘all in one’ where the sink and bath and floor and walls are one big plastic piece. It’s fine, and our hotel in Hiroshima will be smaller still, but I do miss the nice big soft bed at Universal Studios.

We had a rest and then went over the road for Mos Burger for dinner. According to my research, Mos Burger is the second largest burger place in Japan after Macdonalds.

Anna had a pork cutlet burger and I had a chicken burger. Both had a really nice amount of greens in them, and you could choose fries or fries and onion rings to go on the side. I also got chicken nuggets because I kept thinking about how nice the ones at Disney were. Mos Burger didn’t disappoint, and since it’s directly over the road we may go there again… maybe. If we can’t be bothered walking to Dotonbori and the excellent food there.