Maybe because it’s a hotel we’ve been in before, or maybe just because Shinjuku is so familiar now, but I had a fantastically good sleep and woke up feeling perky.

We headed out to Shibuya to find Loft – a store I’d read about on pinterest which was touted as Tokyo’s best stationery store. Now, it was pretty good, but I don’t think it beats Tokyu Hands, honestly.

The sign was neat though, it’s all made of cogs which rotate and sometimes stop to spell out the store name.

Having stocked up on some more paper goods, we had lunch at Doutor and cringed as a group of  four tourists made more noise than anyone else in the packed cafe. Read the room, people! If everyone else is speaking in soft tones, you should too. It’s not that hard.

From Shibuya we caught a local subway out to the other side of town and went to Skytree. When I first visited Japan, Skytree was about a month off being completed, and we didn’t make it out there last year because of time constraints. I was determined to get there this time! Skytree is primarily a broadcasting tower and was for a while the tallest building in the world at 634.0 metres. There’s an observation deck at 350 metres, which we paid to get to.

The lifts from the fourth floor ticket counters to the observation deck go terrifyingly fast. They’re very smooth but just the fast changes in altitude meant my ears popped multiple times in the half minute or so the ride took.

The observation deck is a 360 degree view around Tokyo and Tokyo Bay, and I was very pleased to realise we could see the volcano of Tokyo Disneysea from there. Very cool. It was very busy with tourists and you could pay to have a photo taken on a plastic cloud with a little plastic skytree and the view behind you, or with the Skytree dedicated mascot, which is like a humanoid in a dress with a star for a head. They also had large interactive photo maps so you could zoom in on bits of the view and find out what they are, or it would show a timelapse of the view over a day.

It was a very cool experience. Heading down took a little longer as there was a backlog of people trying to leave. We went shopping after that. We received a little money from wedding guests for the Studio Ghibli museum, but it’s hard to get tickets to there on short notice. Instead we bought exclusive merchandise at a special Ghibli shop.

We headed back across town to Akasaka to the Ninja Restaurant, which our hotel had kindly booked us a table for. I’ve been once before in 2012, and it hasn’t changed too much, but I had forgotten some things. The menu is updated a little too, but just as incredibly delicious as I remember it being.

The Ninja restaurant isn’t just a restaurant where everyone is dressed as a ninja. It’s immersive, with the interior decked out like an ancient Japanese village, complete with waterfalls and streams. We were seated in a ‘house’, or private room for two with our own water feature.

There’s some fun surprises about this place, which I won’t spoil, but we were laughing most of the night. We were assigned our own personal wait ninja, and he was having a lot of fun telling us “ninja jokes”. Anna ordered a ninja special cocktail called Black Bubble which tasted like delicous fruit slushie and had gold flecks on it. I ordered sake and it came in a fabulous bamboo jug which I was tempted to steal. 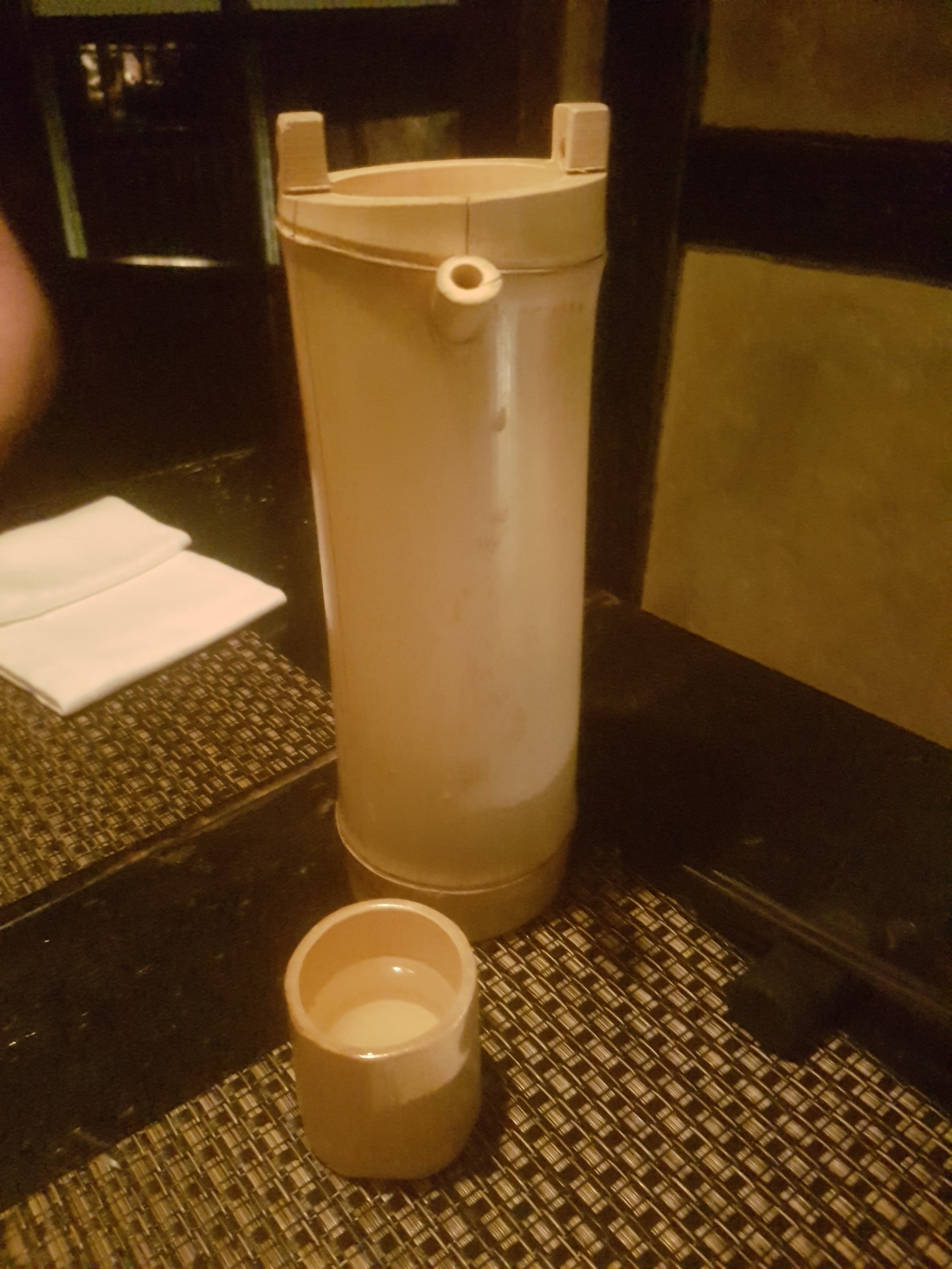 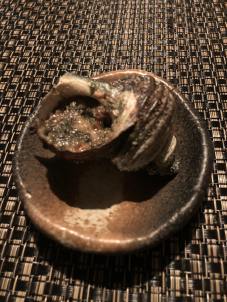 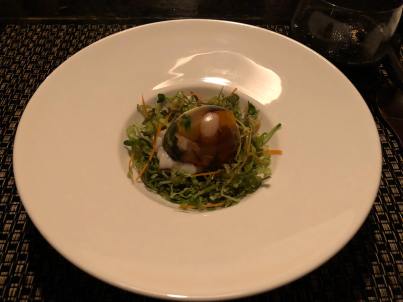 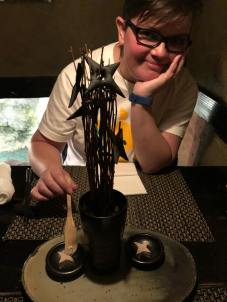 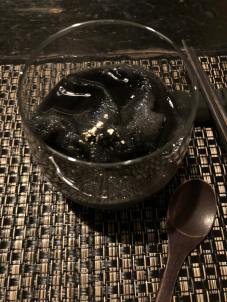 But aside from that, the food and drink is really, really good. We had a delicious ten course meal that was part Kaiseki style Japanse dining and part Western influenced. It was all delicious. 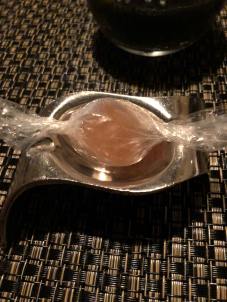 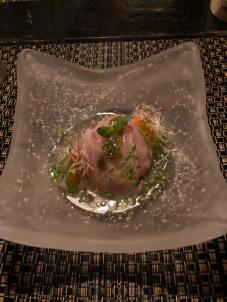 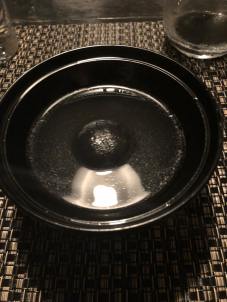 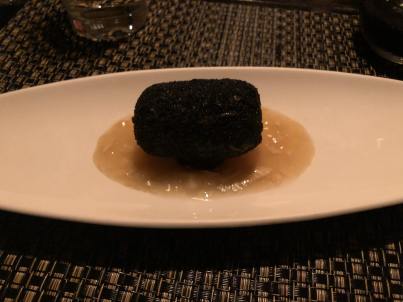 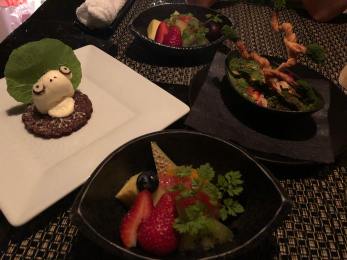 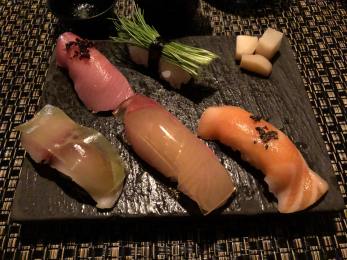 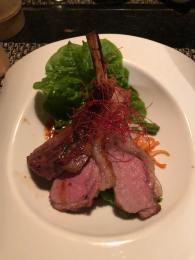 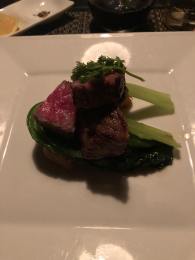 Meat course two options: lamb or beef, we each had a different option. Sushi course and dessert featuring a cheesecake frog and ice cream and pastry bonzai, plus a bowl of fresh fruit each.

At one point we also had a master ninja do a ninja magic show for us. Coin tricks and then card tricks and there’s two tricks we can’t at all work out how he did. Ninja magic, indeed.

Well lubricated by sake (me) and worn out from the day (both of us), we headed back to our hotel to crash out. The day was declared a good birthday by Anna, and we both felt so much more relaxed being back in Shinjuku.